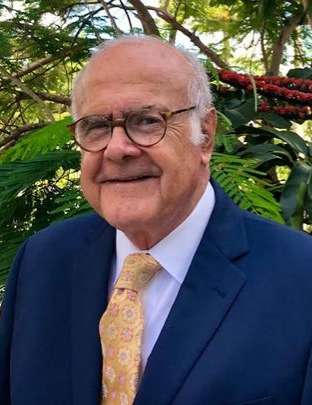 When my father, a sole practitioner who concentrated his practice in estate planning in Coral Gables, Florida, passed away in 1982, I moved from a large Miami law firm where I was chairman of the real estate department and began the practice of law as a sole practitioner.  Since that time, I have concentrated in estate planning and trust administration for high net worth domestic and international clients.  I am pleased to be a part of the Muller Lebensburger and Schwartz Law Firm, so that my clients and myself have the support to continue to provide legal work at the highest possible level.

Bill began his practice in Atlanta, Georgia, at Kilpartick and Cody and moved to Miami with Smathers and Thompson, where he was chairman of the real estate department. In 1982 Bill took over his father’s practice. Bill is married to Lea Lane, award winning author, travel writer and podcaster. His daughter is an educator, his son-in-law, a lawyer, and they and his grandchildren live in Virginia. His stepsons live in New York: one is a professor and museum curator, the other is the chief content officer of Forbes media and editor of Forbes.